Death of a Salesman: The Rise of Social Selling

This article was previously published on Forbes.com, written by Marie Wiese, member of Forbes Agency Council.

It’s hard to believe that Arthur Miller’s Pulitzer Prize winning play, Death of Salesman is now over 65 years old. Yet it feels like a modern metaphor as we watch the changing buying behaviour of customers brought on by the digital era. As sales people are moved further and further away from the buyer journey, the era of social selling supported by content marketing is not only upon us, but the time is now to act or risk fading into the sunset.

Why the “Willy Loman” moment?

According to the Nielsen Global Trust in Advertising report, buyers’ trust in traditional advertising has dropped, while trust between buyer-to-buyer and peer-to-peer is higher than any other.

As someone who has been working in the business-to-business marketing sector for more than 20 years with companies who are generally over-weighted in sales people and under-weighted in marketing expertise, I can confirm the shift is painful for many CEOs and business owners. Much like Willy Loman, the majority of people I speak with are exhausted by trying to keep up, shift tack and generally think if they just keep doing what they have always done, the outlook will change. While the outcome for Willy was not a great one, it doesn’t have to be for companies today.

The rise of social selling

Everywhere I turn, someone is saying that the prospect is usually already more than halfway through their buying process before a company hears from them. People use search engines, blog posts, websites, webinars, podcasts and myriad online tools to help them self-serve and self-educate before they shortlist choices. We see it in our own behavior as buyers both for personal and business purchasing. So if the evidence is so clearly in front of us, why is it taking companies so long to get on board?

Having worked with more than 100 companies in the last 10 years of many shapes and sizes, I believe there are three reasons companies are not embracing new sales functions:

Where to spend money 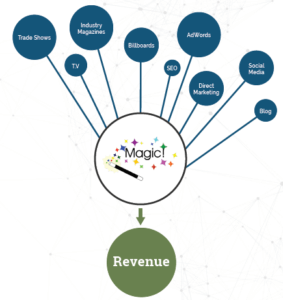 We have a bit of a hangover from the last 10 years in the digital space where we saw the rise of pay-per-click and other fancy online tactics that worked well in the consumer space. Companies jumped on board and paid for services that they hoped would drive leads and business to their websites. But the overwhelming choice that customers have combined with a poor understanding by businesses of value proposition and conversion strategy, meant spending money on these things was like driving down the highway throwing $20 bills out the window. This combined with an outsourcing mentality of these services, which means that the “vendor” never had to take responsibility for sales results, meant a lot of time and money was getting spent but there was little to show for it.

The right structure for social selling

To be successful today with social selling, the paradigm of sales needs to change. You can’t take what you did offline for the last 10 years and apply it online. What I mean by that is, if you still believe the role of sales people is to “sell” something, then you won’t succeed in the era of social selling and content marketing. The role of sales is to create trust: people during their buying journey want to believe that someone cares about their problems and needs. They want to know that someone is explaining and educating, not selling. The context of sales then needs to evolve to a point where sales people are not compensated for the sales they close, but rather for the people they bring to the table based on their ability to be a recurring customer. The depth and strength of the work they do to build trusted relationships online, should be just as important and the deals they close.

“The job of sales is to build trust and support a company’s web presence.”

Most organizations are underperforming in alignment, even though marketing and sales are two sides of the same coin. They need to be perfectly aligned in order to operate as successfully as possible. 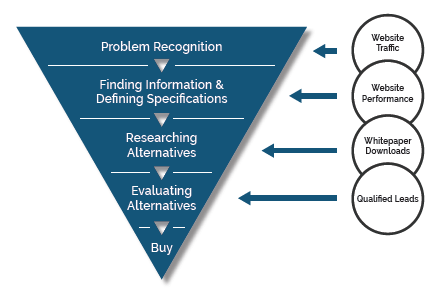 Marketing is no longer about writing brochures and having sales people chase down leads. The new sales funnel is about sharing valuable content that your buyer cares about and creating meaningful connections with them. At its most basic level, social selling is about selling the way you as an individual buy.

If Willy Loman had been selling during the era of LinkedIn and YouTube, the ending of Death of Salesman might have been quite different. Instead of drifting off into the sunset, Willy could have been a mega connector sharing valuable content online and working from home.